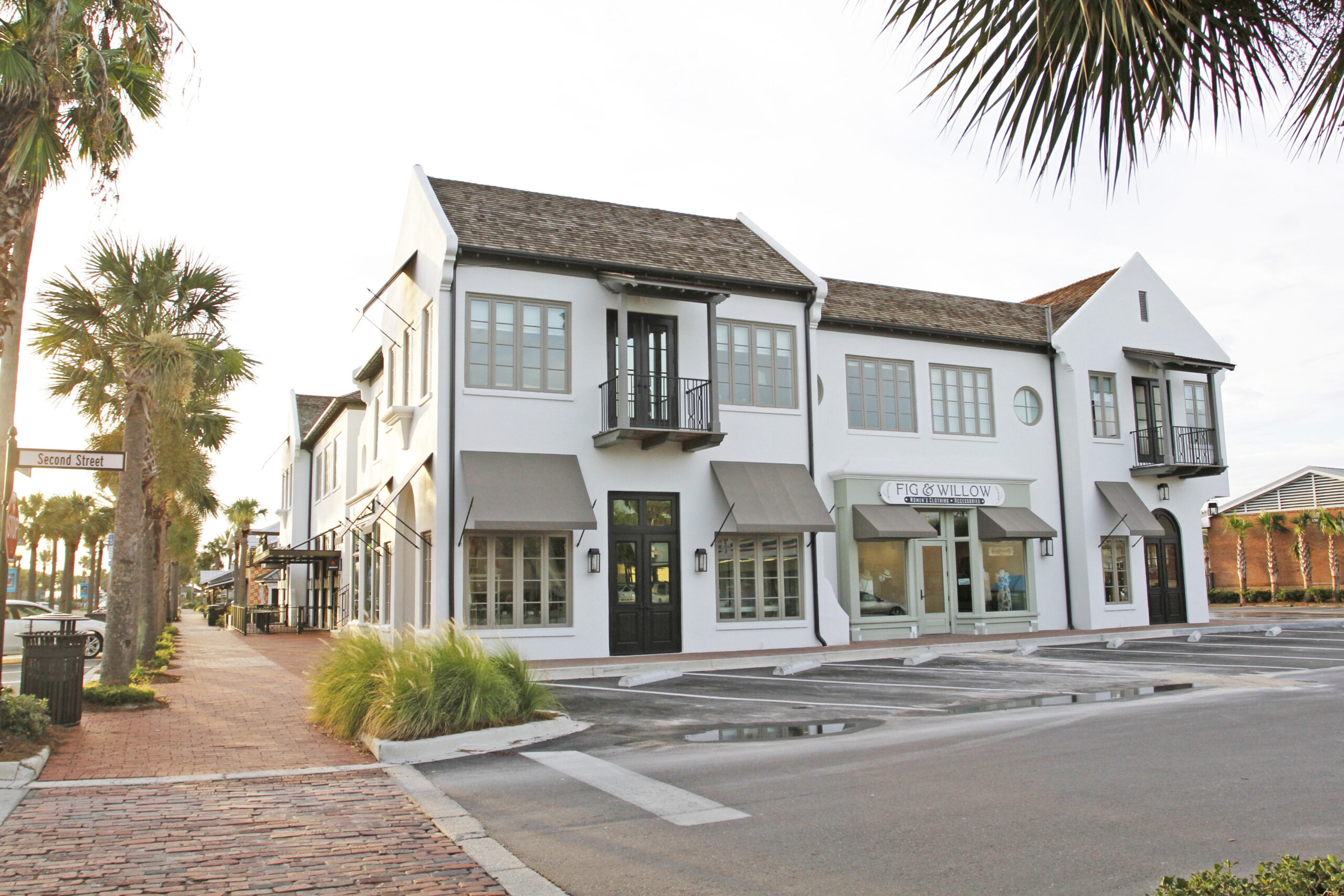 This project develops the only remaining vacant parcel at the Beaches Town Center where a low density office building once existed.
The two-story building will include retail and restaurant businesses on the ground floor with an office on the top.  The project will provide on site parking and new angled street parking, with an underground retention system in the parking lot.

The engineering involved several geometric, grading and drainage challenges to fit the building and parking on a small lot.

The new Panera fronts Hendricks Avenue and was sited to save and feature the original historic building. The site design allowed a multi-purpose courtyard and a second outparcel.

During the San Marco by Design workshops, this area was recognized as a vital component to future growth in the area that would link the past to the present.  In 2011, several of us on the San Marco by Design steering committee met with the owner of the property to discuss redevelopment plans for the South Jacksonville Utility Building and the surrounding vacant land.

The developer had been told by others that the only viable solution for the site was to demolish the utility building and construct a new structure with suburban style parking surrounding the new building.  We were very opposed to the demolition concept and presented an alternative plan to keep the historic building, construct a 4,000 sf new building for Panera, create a public outdoor plaza and put all of the parking at the rear of the site (gaining more parking spaces through a more efficient layout).

The developer immediately recognized the value of the proposition and hired us to engineer the site.  The higher density meant an underground stormwater management system would be required.  The groundwater was too high for a conventional system of prefabricated chambers so we turned to pervious concrete.  When complete, this parking lot will be one of the largest pervious concrete lots in Jacksonville.  The public plaza also utilizes a pervious surface system (pavers) for drainage. 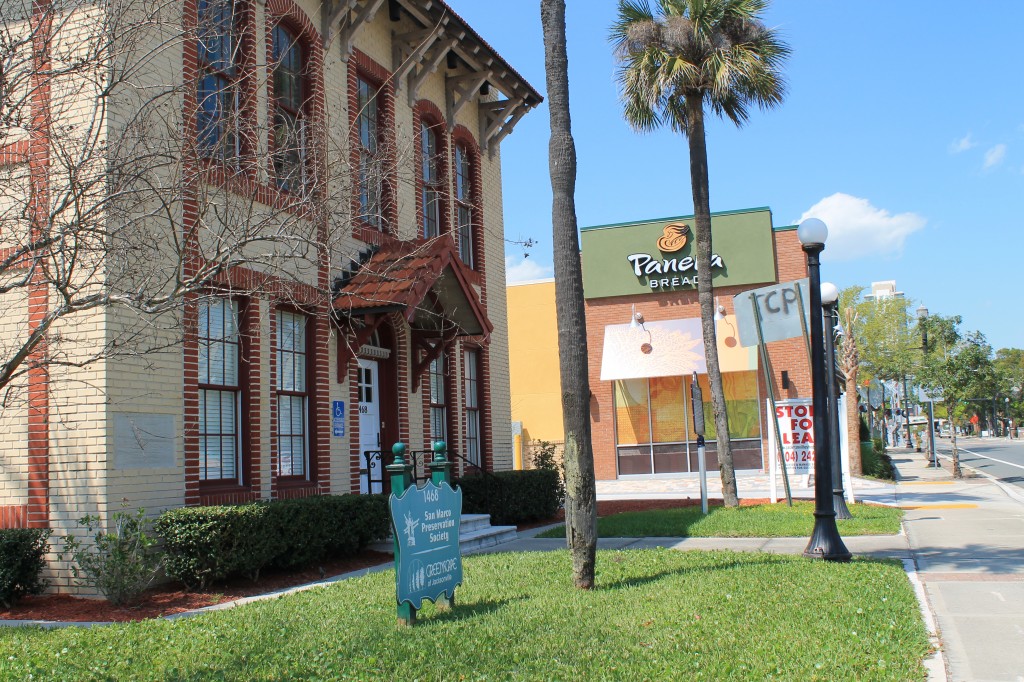 The new Panera is an urban design; it fronts Hendricks Avenue and parking is behind the building. 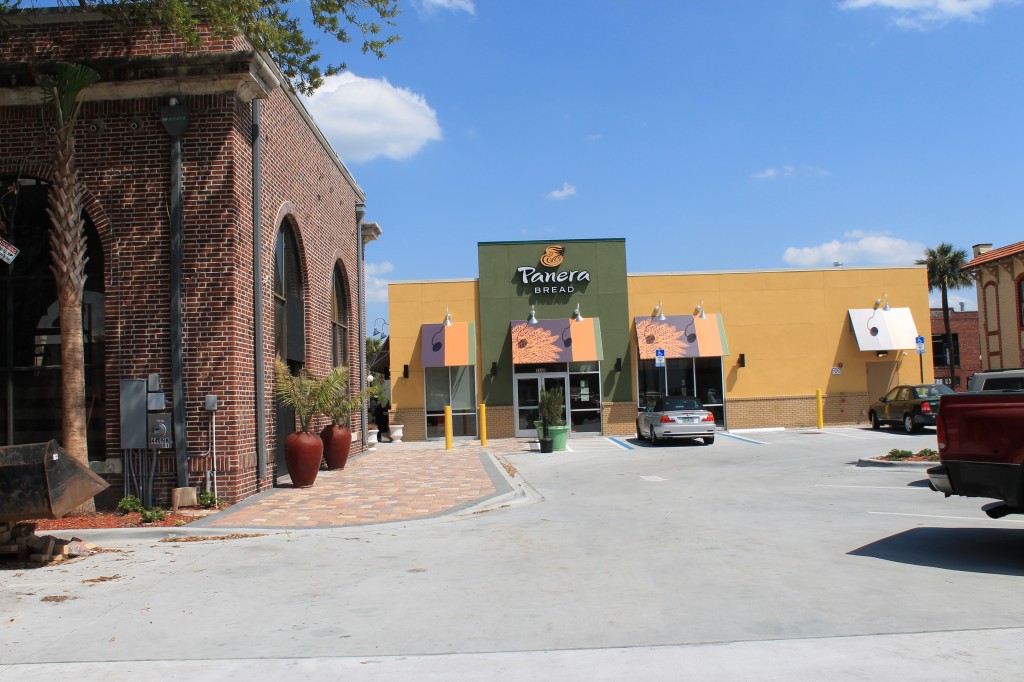 View from the parking lot behind Panera. 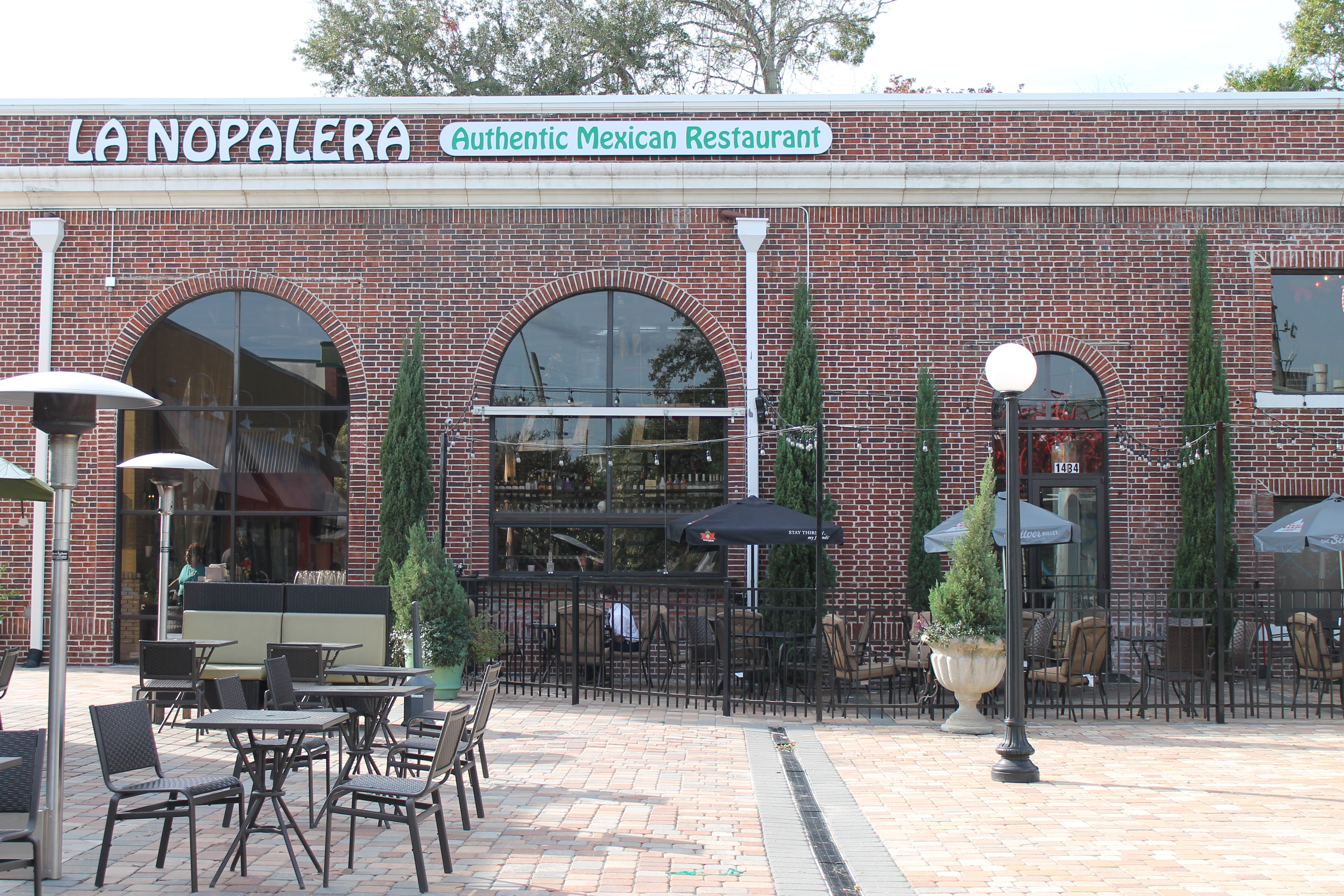 The former train station has been renovated for a local San Marco favorite, La Napolera. Seating in the outdoor courtyard takes advantage of the location.

The previous facility, a Toys R Us, had been abandoned for several years as the Regency area struggled to compete with newer retail destinations. 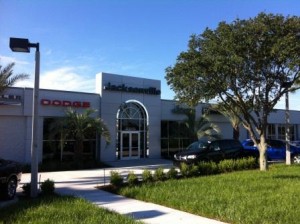 This area was however, seeing an increase in automobile dealerships.  We designed modifications to the site access and parking areas that made a new dealership possible within the existing building.

We also worked to improve the visibility of a facade that was hidden from view by large trees by raising the tree canopy and relocating several trees. 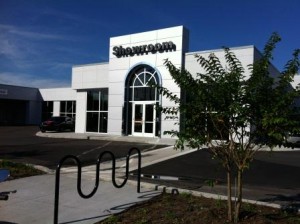 This opened up room for vehicle displays that was initially not part of the client’s program for the site.

Further, Envision designed an alternative stormwater solution which allowed a retention pond to be converted into additional parking.  EnVision’s work was featured in an industry publication because the design, incorporating their product creatively, allowed the business to remain open during the expansion. 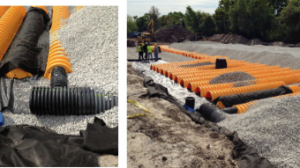