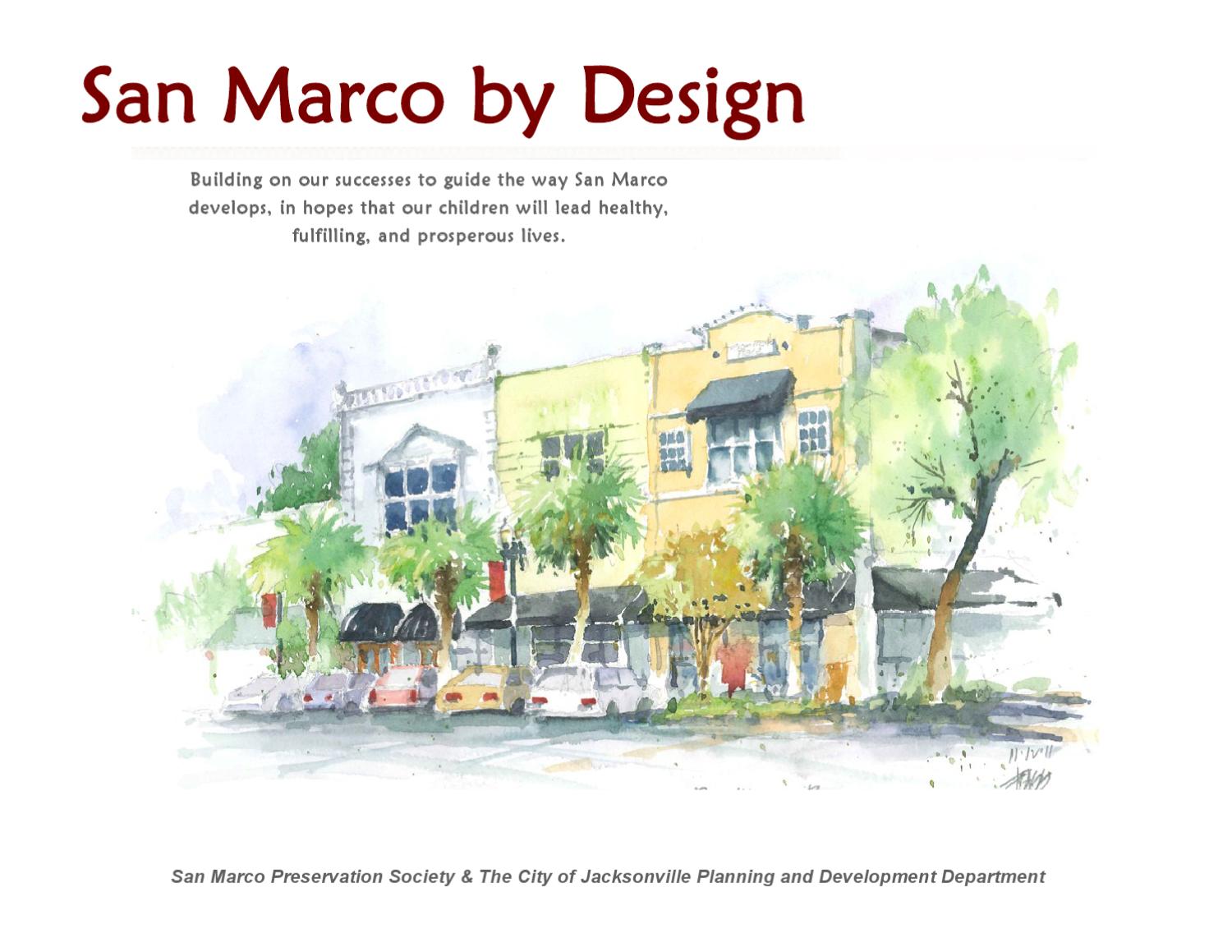 San Marco By Design is a community visioning and planning initiative through a partnership of the San Marco Preservation Society and the City of Jacksonville Planning Department.   Doug served as steering committee chair and transportation committee chair for SMBD.   In the forward of the document Doug writes that “We cannot be diligent enough to ensure this is a community vision, not just the goals of a select few.”  This was the guiding principle  for SMBD- that it should be the work of the entire community- ALL stakeholders- and not just those in power.

In that spirit, many focus groups and community meetings were held from 2010-2012.  They were well advertised and open to everyone.  The current strengths and weaknesses were assessed, ideas were brainstormed, and a plan was created to steer future development toward the vision.

Increasing density, especially in redevelopment along the transportation corridors,  was a key idea of San Marco by Design.  Connecting residences to parks and businesses via walkable corridors is another important factor of walkability.  Counter to the suburban model of development, slowing traffic through design is important to make the neighborhood safer for pedestrians and cyclists. 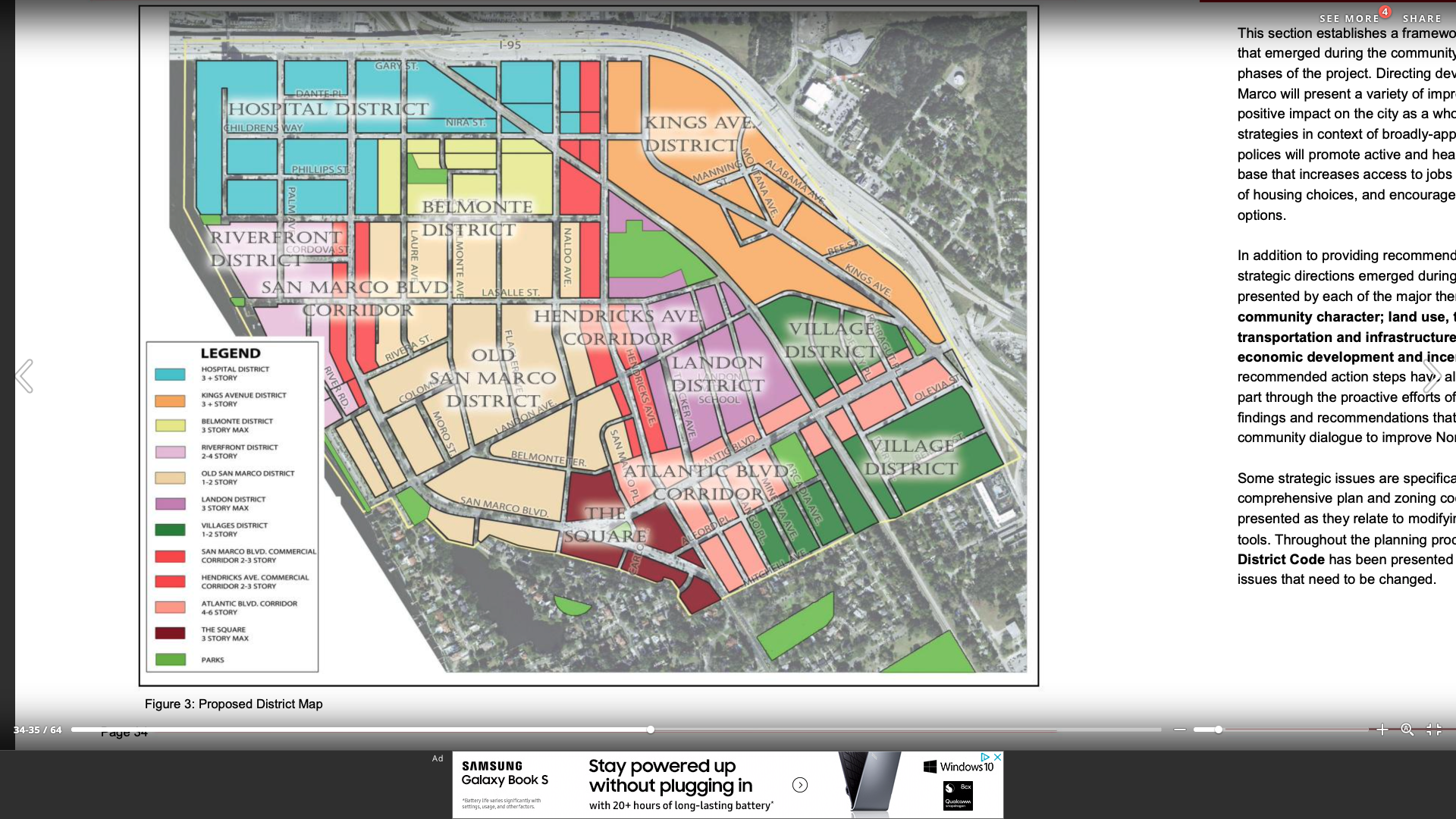 Increased density is desirable along the main corridors. More walkers and bicyclists and slower traffic create a safer, healthier neighborhood.

In 2012 the final document was presented, found on the above link, and was a triumph of community spirit and vision.  MetroJacksonville (now the Jaxson) has a nice article about this project.

Update: Modifications were made to San Marco by Design in 2016 (through an unknown process) and the document was submitted to city council for adoption. It is now known as the “Neighborhood Action Plan.”