Shortly after we opened our office in the heart of San Marco Square in 2011, we became aware of several challenges: 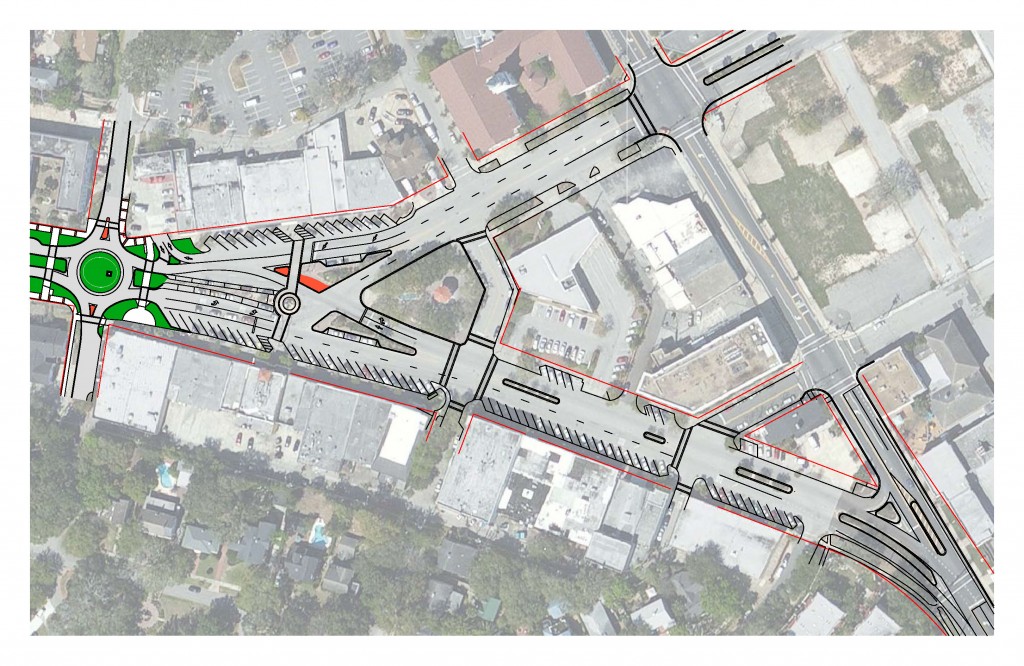 Working with the San Marco Merchants Association, City of Jacksonville Public Works and District City Council member, Lori Boyer, we developed a solution that would alleviate these issues while remaining within the existing budget for the San Marco Boulevard Streetscape project currently under construction.

A series of meetings were held with stakeholders to gain broader support for the plan, that when complete will: 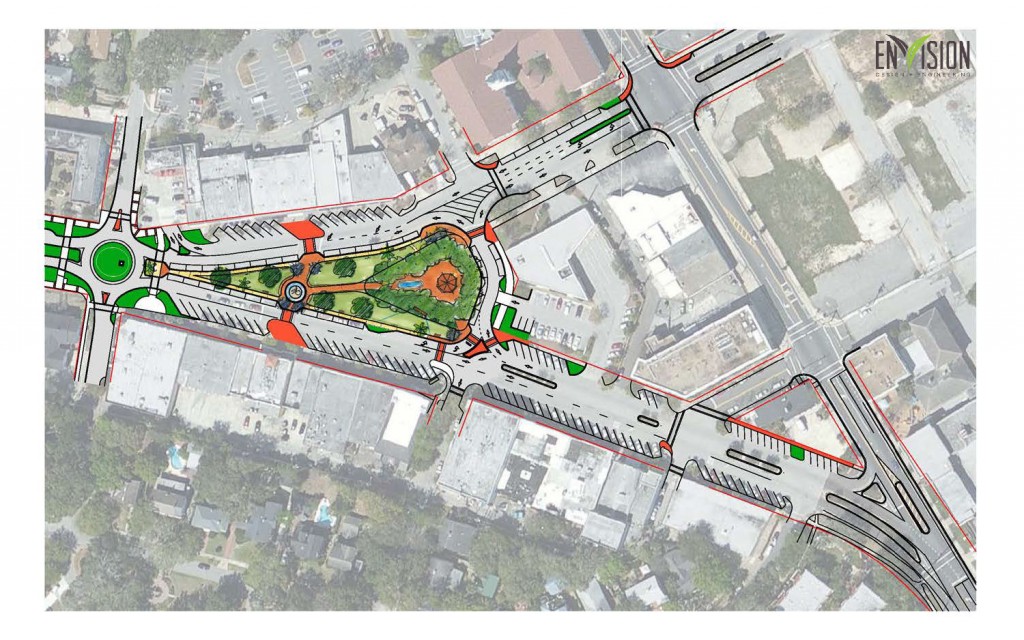 We are now leading the efforts of design, fundraising, legal and marketing subcommittees to begin construction in January 2012.  From conception to completion, the project will take less than one year, and will result in no additional disruption to the businesses.

We have recently read this article, The Payoff from Parks, and are excited about this park’s potential to increase the land values in San Marco.

Here are some picture updates of the completed project. 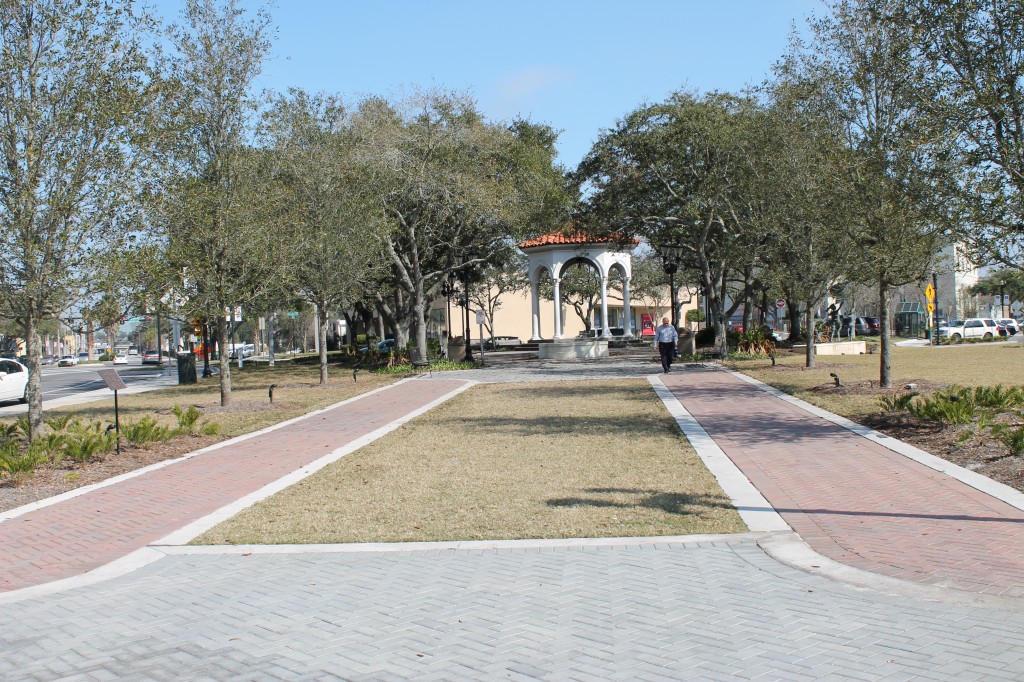 View from the lions. Previously this was a fully paved intersection. 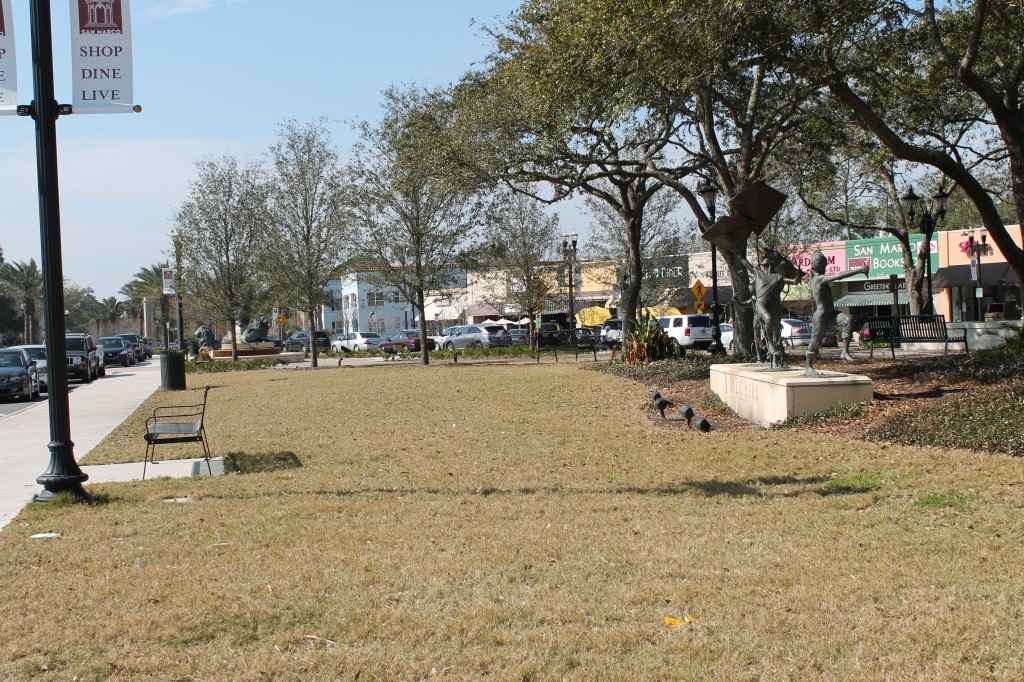 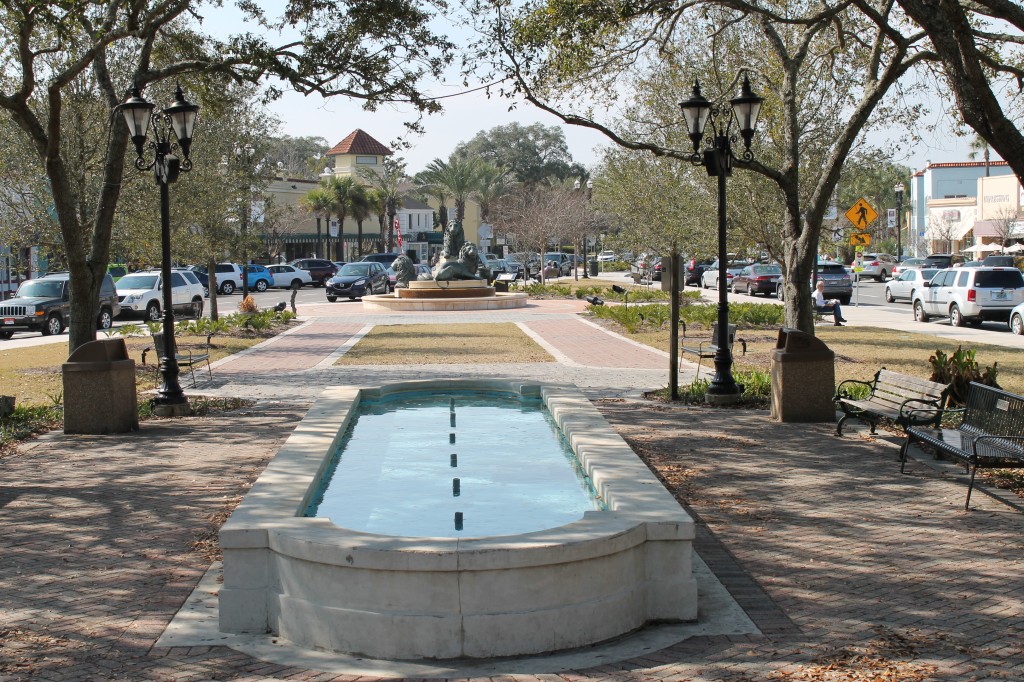 View from gazebo toward lions. A walkway and park space occupies the former intersection.